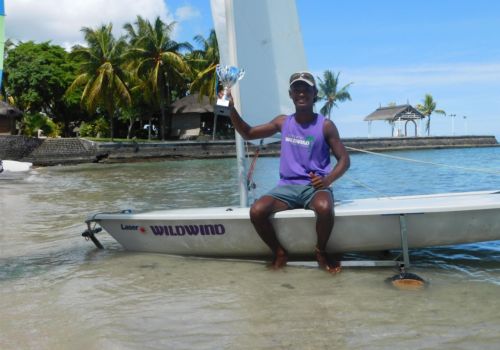 As you probably already know Wildwind has a long history of supporting and sponsoring sailors and sailing events.

From amongst our team of instructors, we are always on the lookout for sailors with real race-winning potential, and this year we have found two great sailors to support. Josh Belben from Wildwind in Vassiliki will be racing in the Musto Skiff Worlds in July and is looking for a podium finish.

We are also very proud to announce that for 2019 we will also be supporting one of the members of the Wildwind team in Mauritius, Helmsley Lim Sik Fang. Hemsley is only 18 but has already won the Mauritian National Championships in the Laser class twice as well as 2nd place in the Indian Ocean Championships in Reunion in 2017. Hemsley started his first adventure on the sea in a traditional Mauritian Pirogue at the age of 4. It was his grandfather who gave him his first introduction to sailing and he jokes that he was able to sail before he could walk! It would be pretty hard not to fall in love with sailing in such a beautiful place, the consistent trade winds and the year-round warm seas make Mauritius sailing heaven.

Hemsley loves to share knowledge, and his passion for sailing with others as anyone who has been to Wildwind Mauritius will know.

We believe Helmsley has some real talent and we would like to help him achieve his dreams of more podium places at more significant events. To support his training we have invited Helmsley to join us in Vassiliki for two weeks of our intensive Laser training weeks at the beginning of the season, before returning to Mauritius to better support our team out there and win more races.

We look forward to seeing how he is challenged by the famous Vassiliki winds!!